So Long San Diego and the Great Trip Eastward 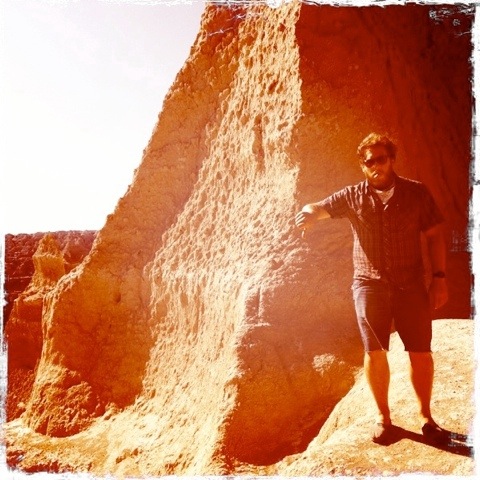 thumbs down for leaving town

A lot has changed since the last time I posted here. I like to tell myself that this will be a running document of the adventures that I undertake and my thought process along the way, but usually I end up putting it off until there is way too much to put in one post. This will be that post. Since we last spoke, I participated in two more short-term (very) exhibitions, packed up all of my things, cleaned out my apartment, and said good bye to sunny San Diego and all of my wonderful friends there. granted, it’s hard to complain about moving to a state in which I have family to begin a great job at a great school, but, I was very sad to leave. Despite my early resistance, the place grew on me. Year round bicycle commuting, and the ethereal weirdness of the Southern California desert are among the geographic pluses of the last three years of my life. Mostly though, my sadness stemmed from leaving a fantastic community of friends and artists, that I was just beginning to really get accustomed to. But, that’s what Facebook is for right? on to the next adventure.

Before Amertah and I could pack our lives into a truck and strike out on the open road though, I had a couple of last minute events lined up, just to keep things interesting as our day neared.

First, I installed a slightly re-imagined version of my large map of Del Cerro in the San Diego Museum of Art for their Summer Salon Series: a weekly one night event featuring a handful of San Diego Artists presenting various works addressing the question “What Does a City Need?”. In this version, the map became a staging ground for visitors to create cities of their own out of wooden blocks around the swimming pools atop the piece. 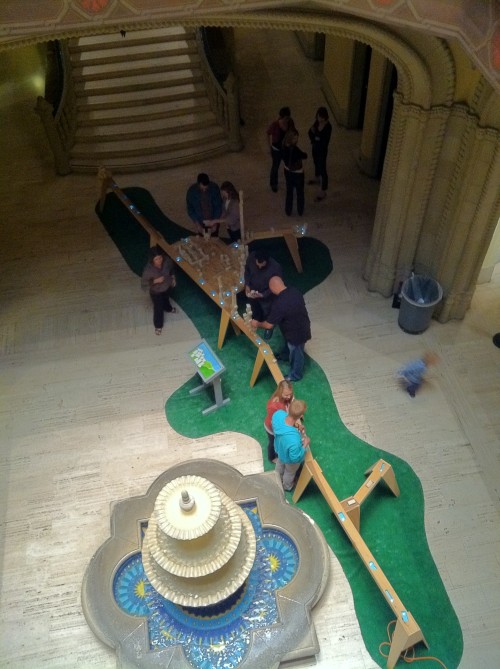 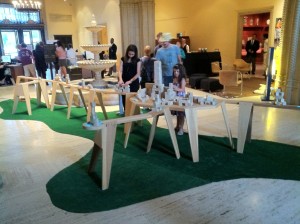 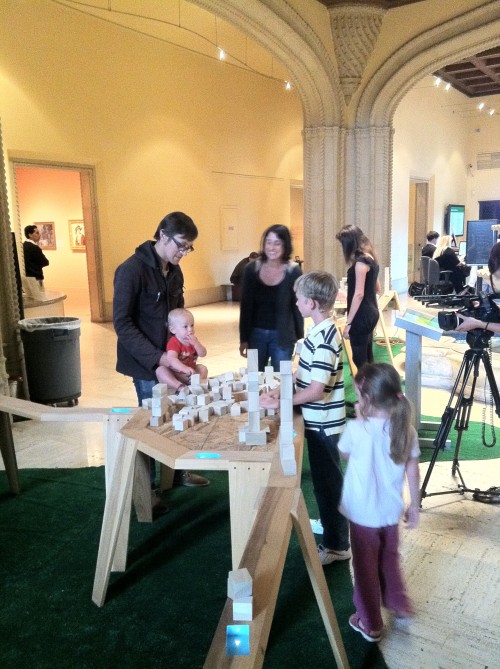 Everett had fun sitting amongst the blocks...

and a bunch of pals came out to build architectural marvels… 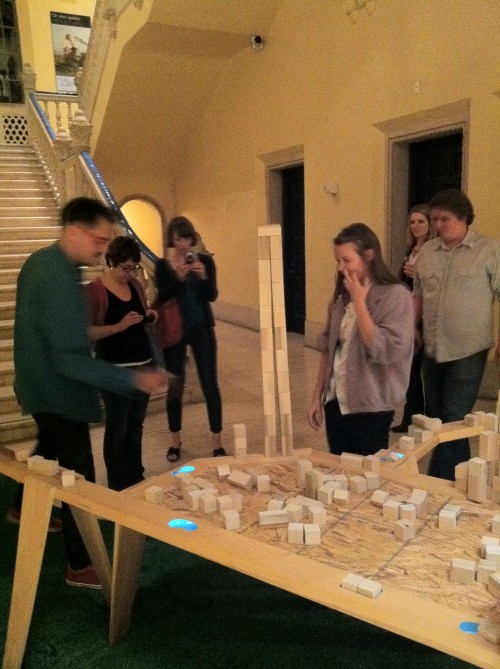 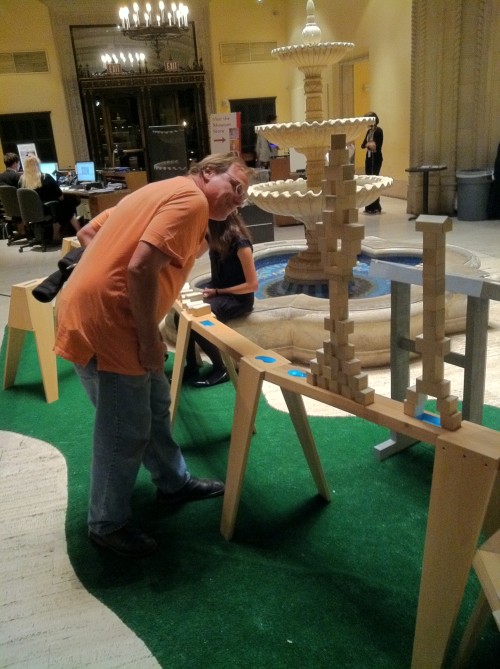 Needless to say, the event was a lot of fun and I got to hang out with a bunch of great folks who came by. At the end of the night, the Museum was kind enough to let me store it in their Auditorium space until its next showing… at the mall downtown. That’s right, I set the piece up at the Horton Plaza for the day as a part of the museum’s programing relationship with the management. While this was a totally weird experience, it was quite fun to see what people did with the piece in such a different setting. Of course, the reactions were varied but largely interested and positive. People seemed to be interested in interacting with the piece, even if those people were primarily under 12 years of age. 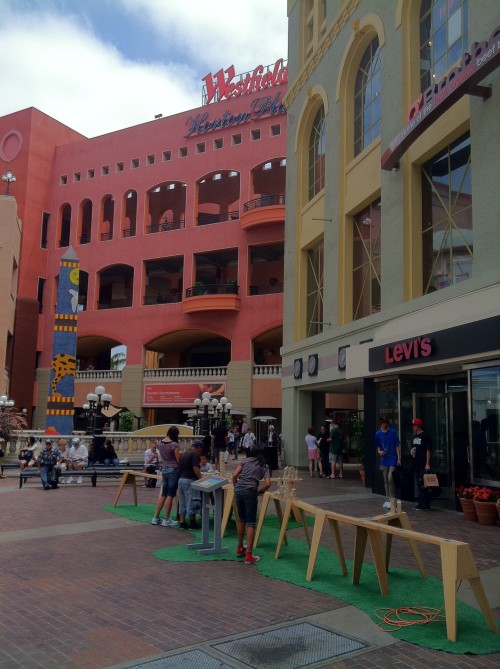 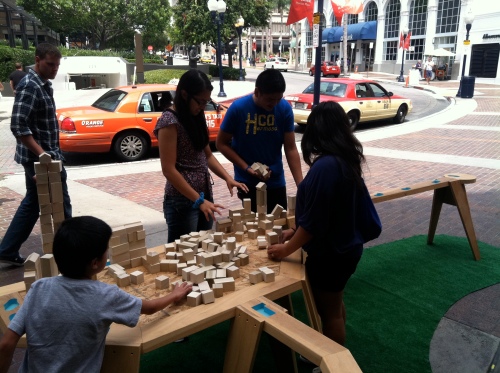 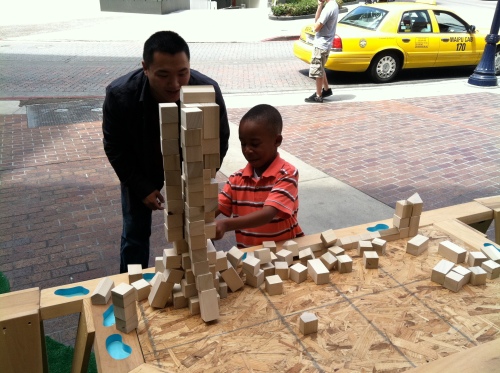 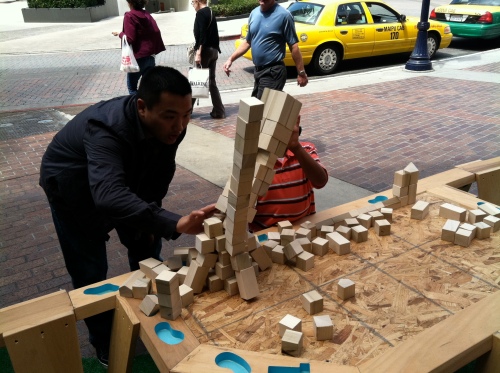 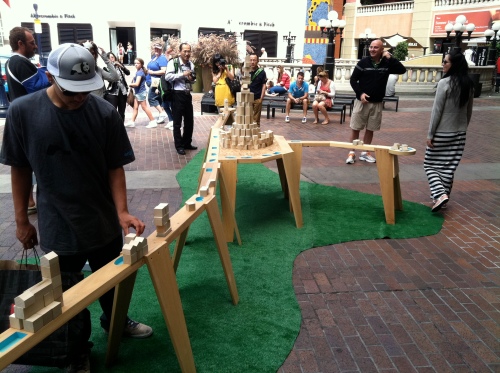 All in all, I’d say the experience was a little underwhelming considering the setup and breakdown time. I only had a 3 hour window to work with and when I arrived to set up, the place was completely unprepared. It really seemed like a kind of afterthought to the Salon event. I did enjoy myself quite a bit but this piece is a real project to set up and take down, and considering the fact that it had to be on a truck for Maine the next morning, it seemed like a lot of work for minimal interest. That’s alright though, because I got the added bonus of pissing off Shoppers as their children ran over to play with blocks, preventing them from entering any number of High end boutiques. Imagine the things they missed while their little ones fumbled with blocks at the entrance. Imagine the hours lost that could have been spent in a food court. These exasperated parents never let their children linger for too long, lying to them and promising they would return on their way out.

Anyway, with these two final events out of the way, it was time to pack up and clean our house so the new tenants, our good friends Andy and Emilie Hunter, could move in after us. After two years in the apartment, we had accumulated an obscene amount of stuff and an even more obscene amount of grime. So, we scrubbed and dusted for the next two days while we packed up and awaited out moving truck. 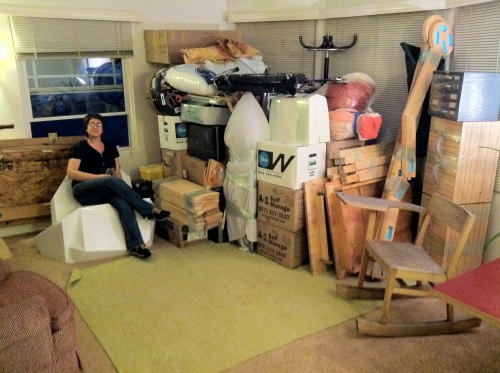 And then, in a flash of Israeli movers and packing tape, all of our possessions were on a truck headed east, where we still have not yet received it. 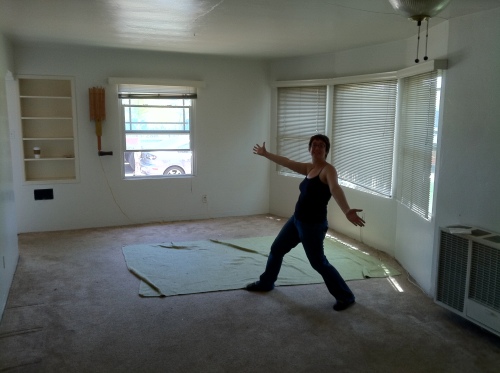 So we loaded up our trusty Subaru, Said goodbye to our beloved apartment, and hit the road. 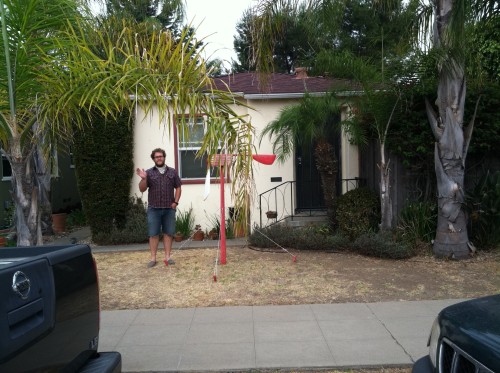 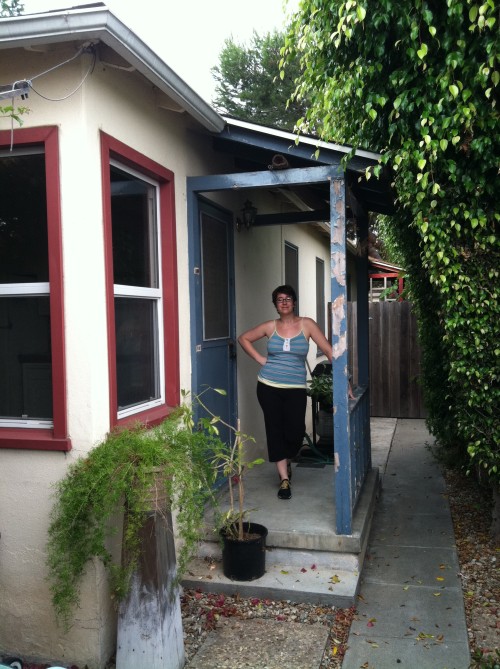 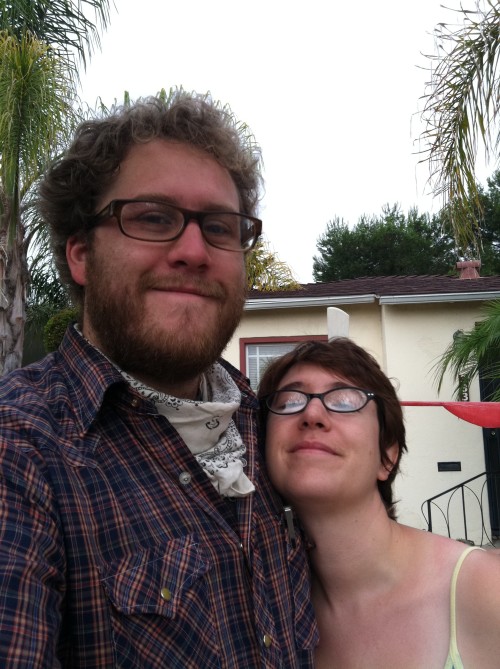 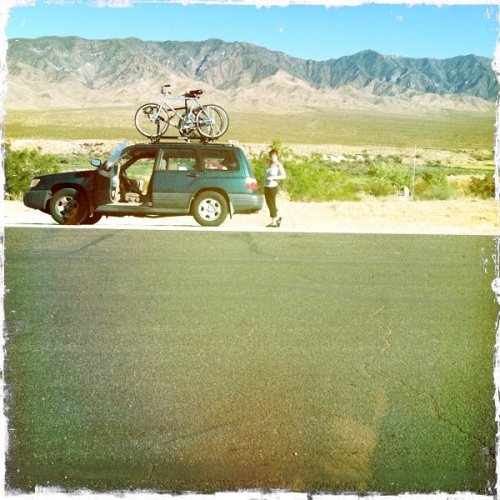 somewhere at the start of the drive

So, that is where I will leave you for today. I don’t want to blow and minds with the overwhelming awesomeness of all of this information, so I will give it to you in to installments. Next time I’ll tell you about our fantastic trip through the west, into the Rockies, into the Black Hills, through the Badlands. thanks for reading. Sorry for the delay, its been a hectic couple of months. once we are all up to date, I’ll try to update more regularly, I’ve just had so much to write, it’s been a little over whelming. so, here is this… 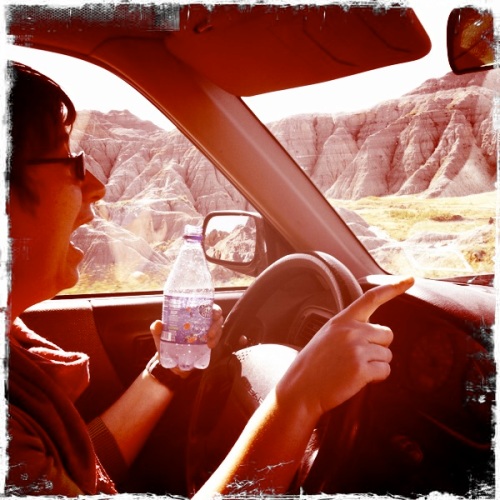