As I push along on my thesis work and try to decide what comes next, its fun (and probably counterproductive) to take some minor sidetracks. I made some huge broom pieces over the summer and i have wanted to come back and play around with them (brooms) a little more. So, since the Student Award Exhibition is coming up, and I don’t want to show my thesis work in it, I made some quick work made up of a #2 pencil pushbroom and an eraser dust broom. I’ll make a little pegged wall rack for them and be done. Its nice, however irresponsible, to work on the fun little things that share space in my brain with my real thesis work.

In that line of thought, I’m trying to figure out how to approach my next thesis piece. I want to further explore the google satellite maps and represent some aspect of our occupation of this place. I have been thinking about creating a map of a power grid somewhere in the city. I think the towers and powerlines (as with the pools in my current piece) could be an interesting interpretation of the use of space and human impact on surroundings.
I don’t want this work to be overtly political though. I think people can glean a sense of my political leanings from the work but my intention is more interpretive and observational. I really like the way the Center for Land Use Interpretation approaches these ideas. there is of course an undercurrent of criticism and even indictment, but the overall approach is purely informative. Even when they take a group on a tour of urban oil rigs, or the dump , there is a kind of detached purely documentary focus.

on a related note,
I just got this really fantastic book called “An Atlas of Radical Cartography“. It consists of a package of ten interpretive maps by artists and architects, each accompanied, in a small book, by an essay on the ideas presented in the map. The maps are sort of playing with the idea of the world map that we know and recognize and questioning the politics of how that map came to be drawn, and how a new understanding of the globe changes how we think about mapping and our perspective of the world. One really fascinating map shows all of the continents blacked out, with the only delineation being lines drawn representing CIA flight paths around the globe. Another is a childishly drawn map of water use and the many processes it goes through to get to us as water consumers. I am still working on the essays but its a pretty cool read and I recommend it highly.
Here is a section of one of my favorite maps from the book. It depicts all of the surveillance cameras in Manhattan as red dots, and maps out several “paths of least surveillance” for a few characters, each having different reasons for not wanting to be constantly monitored. 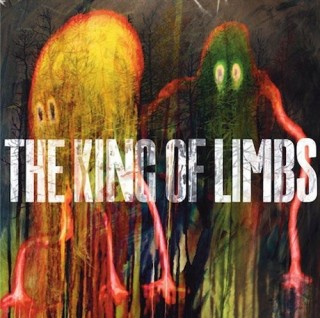 In other news, the new Radiohead album, king Of Limbs, came out yesterday and I am currently downloading it. I’ve heard so-so reviews but I loved their last album and realy loved the online pay what you want distribution method. so, we’ll see. I’ll get back to you on it after i’ve given it a few good listens.